NIGERIAN WRITING – the ghost that thinks he is alive 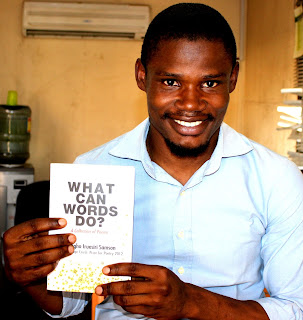 At the rate we are going in this ‘gi-ANT of Africa’ country, we will soon be left with nothing but the ghost of our once flourishing and glorious publishing industry. It is terrible.

As a matter of fact, if we try to make a list of successful Nigerian writers, in all three genres, we find mainly two types of names – those in the days long gone like Soyinka, Clark and Achebe or those ‘adopted’ by the West like Chimamanda and co. The local ones like Abubakar Adam and Tade Ipadeola got there on ‘Famished roads’ and have not made fortunes from their success as have the Achebes and Chimamandas. The rest of us are hopefuls, struggling with money for publishing and market for selling.

So what we have now is a situation of ‘take the bull by the horns’ of face the consequential music. What is the way out?

As a writer, poetry promoter and publisher rolled into one, I think I may have a little knowledge about the problem, maybe enough knowledge to say that:
There are five main problems that we need to deal with as quickly as possible:
In conclusion, we all, Nigerian writers especially, must realize that we are in a changing society, that the MacMillans and Penguins, Pacesetters and co have gone and what we have left are a few little companies like Parresia, WRR and co, who are limited in resources and struggling to make do with the ragged remains of the industry. If your aim is to be a good writer, you must pick up your cross and first work on the quality of your output and be ready to be involved in the marketing of same. Nigerian based writers can learn from people like Tolu Akinyemi who used Instagram to create a market for his book ‘Your Father Walks Like A Crab’.

We all need to put in little efforts to move the mountain. It is not a thing of faith. It is a thing of work!
book nigeria publishing