I TOOK A STRANGE GIRL HOME AT NIGHT (true story) 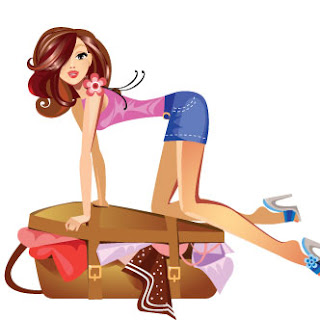 My very first thought as the girl alighted from a Peugeot 406 car was “Damn, this girl is hot!” I wasn’t joking, she was indeed HOT!

The girl was light skinned, the kind of skin you want to draw imaginary lines on with your tongue and finger, of average height and elegant.

She wore a fitting floral dress which ended miles above her knees, leaving her flawless thigh open for roving eyes like mine. The dress was armless with a low-cut neckline, meaning there was also a lot of cleavage on display too.


Her face was a similar tale of beauty and near perfection – two calm eyes with long natural-looking lashes, a nose that looked sculpted or at best designed by an ace plastic surgeon and artfully painted lips. Her make-up was there and yet invincible.

My look over was disrupted as the driver emerged. He wore a navy officer’s ceremonial dress. Unless he was some kind of hybrid vampire, he certainly was no older than 30… or less. I thought she was his brother, even though they do not look alike.

Grace nodded and opened her door to pick the said purse. My eyes caught the edge of lacy underwear as she leant slightly. Jeez!


When she turned around after picking her purse, I mentally radiocarborned her face and placed her age at 18. A beautiful, small girl with high fashion sense. I lost interest. I don’t play with small girls.

That moment I noticed the baby fat on her face. It seemed then that one side of her face had more blush than the other.
Mtchew!
…
It was two days before the famous Occupy Nigeria fuel subsidy protests of January 2012 and I was at the motor park at Waterlines Port Harcourt, waiting for the bus to leave for Abuja.

One of the conductors approached the girl brandishing a ticket.

I hissed. It was always ‘two chance’ with them. No one said anything, tacitly being part of the conspiracy.

We actually needed four more passengers. She fell for the cooling and paid her N3,500 fare. One down, three to go.

***this is a short story adapted from a true life experience. I just started it this morning. Am I on the right track?