THE DAY I ‘KILLED’ MY EX-GIRLFRIEND AT AHMADU BELLO UNIVERSITY 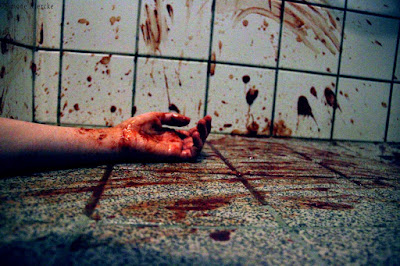 When my phone rang and Sadiya’s name appeared on its screen, my heart skipped a beat?
Had she changed her mind?
I waited for the third ring before I picked up the phone and pressed the received button. No word escaped my mouth as I placed the phone near my ear, waiting for her to speak first.
A clumsy 10 seconds passed before she coughed, that dry awkward cough.
“When can I come to see you,” she said.
Sadiya had not changed. Her voice was still soft. It was still perfect. It was still…

That moment, I could feel my heart in my mouth, choking the bitter, angry words I had planned for a day like this. I had promised myself to be bitter. To make her cry.

But as her words sank in, I was disarmed.
“I’m in the hostel now,” I said. I was ashamed at how hoarse my voice sounded. She must be feeling triumphant now, I thought.
The ‘click’ of the call disconnecting brought me out of my brief reverie.
Sadiya, ah! What a girl!
Almost three months ago, she had left me shattered and broken after a brief conversation at the school love garden. Aptly named, the garden which was located near the girl’ hostel, the social centre and the Senate building, regularly played host to students in twos – boy and girl (#nohomo).
Sometimes you would find spent condoms there.
That night, I was there with Sadiya – without a condom in my possession of course.
I had called her for the usual poetry serenade she used to like. I had with me a bottle of yoghurt for me, a pack of juice for her and peanut for us both, our usual. It was a huge investment given my lean pocket at the time.
It was while I was reading the third poem that she dropped the bomb, without warning.
“We can’t continue this relationship,” she had said, looking me straight in the eyes.

It had sounded like a joke but her eyes had suggested otherwise, forcing me to avert my gaze first, throat constricting, heart palpitating, hands trembling.

“Why? What did I do?”
“It’s not about you, it’s just that I feel guilty each time my boyfriend calls from Gombe. We... I did not split with him before we started dating you.”
At that point, I had lost the use of my ears as my olfactory lobes assumed superpowers. I had suddenly noticed then that the half-finished yoghurt smelled like fermented pap as her perfume hit my nose like a whip.
She must have talked for an hour… or eternity, without me saying anything.
“I’m going.” That sweet, whisperish voice!
Silence.
“Goodbye.”
Silence.
She dropped my MCOM 303 and 301 lecture notes on the concrete chair and walked away.
Two hours later, I was still there, the only single person in the Love garden.
A month into the 2nd semester, she wanted to meet. What would she say? No, what would I say?
My door opened abruptly.
It was Sadiya, she never knocked.
Stupid girl!
What if I had another girl around?
Nonsense!
The curtains parted like the red sea and Sadiya stood before me, beautiful in her black Kaftan. The gold embroidery design matched her earrings and the necklace whose cross pendant nested in between her breasts. Oh my God, her cleavage!
I could feel my energy fizzle away like…
She did not go beyond the curtain and I did not go to her. There was no smile. Unusual. Sadiya was a smile addict.
“I came to collect the picture,” she blurted.
I wanted to say “I miss you” but “Which picture” was what I said.

He tone was annoying. I knew the picture she was referring to. There was only photo moment we shared, a cozy ‘kiss for the camera’ picture.

“You know the one I’m talking about. Give it to me, my friend is waiting outside.”
“You must be kidding.”
“I am not. Just give it to me, or tear it in my presence.”
“Tear it? Are you okay? I paid for that picture.” Bad move.
“I can pay for it,” it was a curt, matter-of-fact-statement that kicked my guts.
I gave her a hard stare and she met it with equal coldness. No problem. I rummaged in my drawer and brought out the picture.
“Come and take,” I said.
“Bring it,” she countered.
“Am I your slave? If you don’t come for it, I’ll keep it back and you’ll never get it.”
Sadiya fluttered her bewitching eyelashes and started walking forward. When she was close enough, she reached out and I withdrew my hand smiling. She stepped closer and tried to grab the picture. I sidestepped as she lunged forward, something I would regret seconds later.
She slipped on my carpeted floor and fell towards the concrete tables typical of ICSA/Ramat hostel room. I tried to grab her but wasn’t fast enough to stop her head from making contact with the edge of the concrete tables.
Gbam! The table cracked as her skull impacted it with a loud thud.
Sadiya fainted ….in my room! Eyes closed, no movement, no response as I called out her name in desperation.

Have you ever felt real fear? Well, that moment I did. I had just killed someone or so I though. She wasn’t moving. What would happen to me? Who would believe it was just an accident?

I couldn’t see blood, but a piece of the slab was on the floor! Her head had broken a near 40-year-old slab! Jeez!
Water!
Yes, water could help. I fetched a cup full and doused her face with it. No response.
Panic set in. I closed the door. My brain must have processed a thousand thoughts, good and bad in a millisecond. I would lock my door and flee Zaria for Ile-Ife where no one would fine me. A night bus from Kaduna would do the trick.
I was coming at her with the third cup of water when she groaned, ever so weakly, and muttered something inaudible.
Thank God.
“Are you okay. I’m really sorry. It was a mistake.”
She signaled to indicate she was okay. I helped her to a sitting position.

A hideously huge bulge was growing in per second billing on her temple, marring her face’s perfect roundness. I touched it and she screamed.

“My head aches.”
I was relieved but confused. Then I thought about getting Panadol and Robb for the swelling and headache. She agreed to the idea and I rushed out of the room praying I don’t come back to meet her dead.
When I returned after a crazed dash to and from the common room shops, Sadiya was still in the same position but something else caught my eye.
The picture was clutched tightly in her right hand!
Stupid girl! Almost dying for a picture!
At that moment, all I wanted was for her to leave my room. And leave she did.


We spent one more year together as Ahmadu Bello University students, but I never again saw her face to face.
death murder relationship short story