EXCUSE ME ‘POET’, ARE YOU A WORD-SMITH OR A WORD-SPIT? 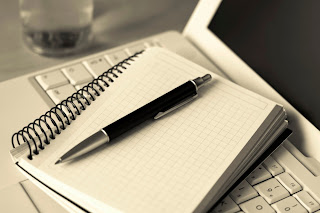 Excuse my impetuous nature, but I want to ask a daring question:

Are you really a poet —a word artist, or just a rambling mind, whipping a pen (keyboard) and word-spitting without word-knowledge or attempting creative finesse?

I ask this question of you, yes you, that write a billion poems a day, each as watery as Malam Garba's cheap ‘shayi’ which he calls tea?
When you churn out a thousand poems a day, do you really get original in any?
Don't you see your repeated my metaphors, obsolete verses and over-flogged imageries?
You should be able to ask yourself:

Am I brewing world-wine, that gets readers mind-and-soul-drunk or making diluted ‘zobo’ – tasteless but plenteous, so much that even the most patient of drinkers must spit after each mouthful?

Your answer to that question will determine what you produce.
To help you in answering that question, I ask:
Do you not know why it takes Hollywood a longer time to produce a movie than Nollywood or why it takes longer for Asa to drop an album than the average roadside singer?
Why do you think Asa's song ‘Jailer’ remains fresh on minds, almost 9 years on and we still listen to African Queen by Tuface and all the ancient songs when no one remembers a song from albums dropped yesterday?

So, by writing a billion poems per hour, are you creating art, which poetry is, or just dropping words like bored clouds trying to make a mess of the earth surface?

Is your painting surface, as a poet, like a flooded plain or is it a vast continent with seas, ponds, lakes, deserts oasis, rainforests… and animals?
Well, it’s up to you, but I advise that next time you plan a poem, think twice and ensure that you don't flood the earth with words – paint the earth with beautifully clustered words, deliberately welded together  to create your own view of the world, and convince us to understand, and maybe, accept it.
Anyway, like I said, never mind my impetuous nature.
KIS is just a wild mind, forgive him.
article poetry writing