IS MY LOVER REALLY THAT TERRIBLE? 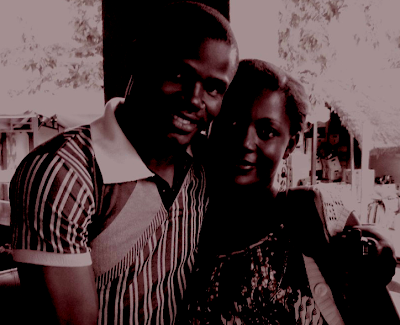 Life teaches us lessons
In its events, it hides blessings
Whippings, teasings and vexings

Even as a known advocate for women rights and equality of the sexes, I must confess that several times, I've had reason to complain about my girlfriend's behaviour...and even acted stupidly.

I say she has no respect for me, I say she is too independent, I say she doesn’t do much domestic-wise, I say she should be more apologetic... and bla bla bla.

Before her, I have had others and I have had complaints too. Now, this is not just about me, it is about every one of us, male and female, married and single. We have all contemplated or actually went ahead to hurt or leave those we love.

But, before we take our partners for granted, and lose what we will never find elsewhere, we all need to reassess the situation and think:


"Is my partner really as bad as he/she seems to me? Is there anything I can overlook? Are there things I can correct rather than fight?"

Now, you might wonder why this woman-wrapper-non-Urhobo-speaking-Delta-boy-turned-yoruba-hausa-and-Igbo is suddenly saying this. Well, I'll tell you.

I was in my room, and I overheard my bachelor neighbour and his girl arguing over something. The fight had started Friday evening, continued until Saturday all through to Sunday morning and I witnessed it all with my ears. (I'm very indoorsy and my ears are very large).

The short of it all is that the girl is VERY RUDE and the guy is what some women will love to call CARING but which I would (pardon my chauvinism) call a DUNDEE UNITED FC captain.


You could barely hear his voice all through the three days of quarrels but hers was always on top, mocking, insulting and even daring a number of times. The dialogue is too annoying to put in print.


They have settled the quarrel. As I type, they are laughing.

Now, what is the lesson?

Ordinarily, I would have flared up if I were in his shoes. Yes, even with all my crusades, I am still human. I would not go as far as beating or insults, but I would definitely say a lot, some hurtful...in revenge. And I may even exit the house for her, for a while.

If the guy had given his woman fire for fire, there would have been war, given her cantankerous nature. But he took it easy and was the ultimate winner.

We too can be winners, thought we don’t have to Captain Dundee United FC before we achieve that.


However, no one really gets happiness from breaking up or hurting a lover. Most times, it becomes a double hurt, a double loss.

Being the mature one has benefits, though it might seem like a let-down of our ego. We must do it to remain happy.

So what will you do when next the 'devil' in your lover gears its head?
#MetamorphoKIS 2014 abuse anger husband life love marriage poem poetry romance VerseUp wife women women abuse