EGC AWARDS: OF CRIPPLED HENS SNIFFING THE DROPPINGS OF EAGLES 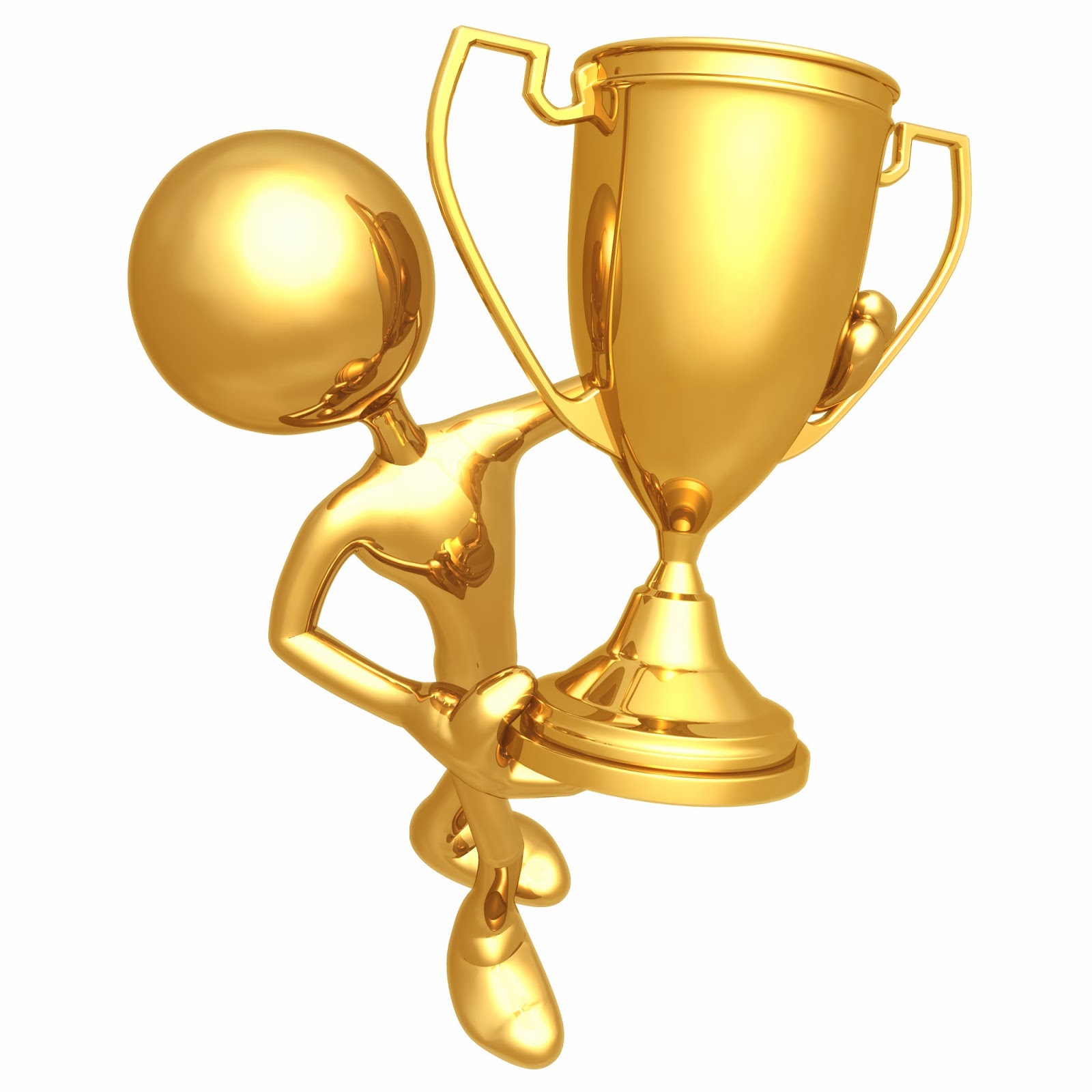 There are enemies everywhere
Time and again, they tune their ears
What do they want to hear?

Unfortunately, today,  yours truly, who in his egoistic-Capricorn-nature, wants to claim eagle status, would like to drop something on some crippled hens – crap , that is what is to be dropped, but I would rather drop words lest my faeces be contaminated.

When the EGC nominations were being made, I heard of it only from one person. I never participated in it and actually stumbled upon the final list on somebody’s wall only to find myself nowhere on the list...Ah, I actually was in a Stevie Wonder state because there my name was there...on the number 1 spot.

I was happy. Who wouldn’t be? I work hard. I’m a Capricorn, showy, proud and cocky. But is it not my right? Would the peacock be as beautiful without spreading those damn cute feathers?

Its two days since that discovery and my gloating over it (no be me get my Facebook wall?) has drawn the ire of crippled chickens who would not let sleeping dogs lie. Why? They are hurt. The donkey wants to gallop like a horse and ends up crippled, not fit enough to race snails.

Imagine what I thought when I come across this from someone obviously suffering from paraplegia of the mind:


“That list is nonsense. How come... And yes, most poets on that list are quite depressing.
They say poets that rocked Nigeria in 2013, I puke! Rocked Nigeria in what sense? Is it base on number of poems churned out, or the quality of artistry exhibited through poetry in year 2013? How, please?
I mean, because people are familiar with you on the WRR page (some of the guys on the list are from this group) and they nominate and rate you higher than your betters so we should accept the imposition? Yeah right! Simply put: the award is indeed a result of popularity contest. There are no samples from each of the writers sef.
~ Tee Jay Dan (excerpts)

I would not do myself, as a soaring eagle, any service by flustering my feathers for such an invincible entity lest I be committed for speaking with a shadow.

That WRRPoetry you so denigrate is appreciated by almost 5300 poeple, not only Nigerians! Read what one of them, a man old enough to be my father, says about it:


"Before I stumbled on WRRPoetry family, poetry to me was like academics for academics sake and a no go area.
Many thanks sir KIS for turning me around and may you continue to reap the fruits of your innovative poetry family imitative that is winning a spiralling followership. I doff my hat!"
~ Francis Onyenyionwu

Now, let’s face the issues in this misguided mouth-haemorrhage by a man who is so ashamed of his father’s name he had to opt for a nickname that is at best childish: popularity, imposition, depressing poets.

First of all, I would say, the fact that one person is so popular that he/she thwarts you puts them on a higher pedestal than you. Again, I wonder at what point in your ‘dreadlockness’ you considered yourself so much a poe that you can say” most poets on that list are quite depressing.

To underline your folly, especially in advocating for people who did not send you on any errand, I refer you royal jealousness to this statement made about the award by my father and mentor:

Re: EGC:Top 50 Contemporary Poets
When you work with selfless passion, you can never tell in what fashion you will be rewarded by the one who fashions all in His infinite mercy, wisdom, time, honour and glory.
Thank God I had the privilege of hanging out with Kukogho Iruesiri Samson yesterday [a day to the award] at somewhere in Abuja. So, we indirectly "washed" his mention of recognition. Thank God.
~ Eriata Oribhabor

And some of the other winners too had their say, the 2nd and 9th placed persons:


I was really wondering how well I would do in the list of the Top 50 Poets that rocked Nigeria in 2013, I never realized I had climbed up the ladder to earn the 2nd position, woah!!! And my good friend Kukogho Iruesiri Samson came 1st position with Dike Chukwumerije at the 3rd position...
And to Samson, you are doing something really great to poetry and to young minds in the field too. More grace brother.
~ Uche Uwadinachi (2nd)


Oga KIS, God has planned your destiny you are going higher. God is great. All glory to Him. Thanks Sir. Eriata, you have been a father... You are a great man. But really God used you to bring me out and now KIS and I are at the top today...
~ Moses Chibueze Opara (9th)

Now I ask you, dem dey sell popularity for Alaba market? Abi I don win Project Fame? Did you for once try to find out how that popularity was won or gathered Why not start a Facebook page and blog, or maybe four if you want to spar with me?

Another critic of the award had his own statements to make:


You don’t just wake up and give out some names just because they are known in Abuja, as Nigeria’s poet of 2013. What kind of poets are they? Spoken words or poets or performance poets? Was there some kind of national forum of intellectual banter among poets that gave them such vest you have so worn on them. Where were some of these some ten years ago as 'poets'?
~ Terfa Nenger

At least this one had valid points and is coming from a real poet, unlike his partner whose diarrhoea of the mouth is yet to subside. Now, his questions make we wonder if some inspiring alcohol did not enter the equation at some point. It was even worse that he came to my wall to spit this – a sacrilege!

But I will reply him with the citation made about me by the organisers:


He [Kukogho Iruesiri Samson] is mainly a written poet; naturally the social media particularly blog space and Facebook were his turf. He was the most visible online promoter of poetry in year 2013. He has also brought about change in the poetry life of Nigerians, especially youths, by ensuring they voice out their thoughts via the platforms he created. He manages three Facebook pages and blogs 24 hours a day to achieve this.
The winner of the Orange Crush Prize for Poetry 2012 and curator of the Words Rhythm and Rhymes Group added another feat to his year’s cap with the publication of his collection ‘What Can Words Do?’.
He is also the man behind concepts such as Poetivist, and VerseUp Against Women Abuse groups which all support poets and publish poems according to the bracket accepted by each group.
His latest project, Authorpedia, is an online resource for authors, writers, critics, publishers alike. His poems owe much to rhymes and quest for social change.
KIS as he is known by his fans has created an indelible mark in poetry mentoring, editing and promotion. He read his poems in a lot of shows in year 2013 and he stands out as a strong inspiration to hundreds of poets nationwide.
~ EGG citation

Well, just so you know. In 2013, I was on a New York live radio to talk about Poetry in Nigeria and the vision or WRRPoetry that you so hate. When Mandela died, I was called all the way from Columbia and had a live interview on their national TV – I obviously bribed the Columbian President. Here in Nigeria, I was on NTA E for 4 days in a row after the launch of my book....and so on and so forth.

My fingers are tired of typing. I will stop here, but let me leave you the words of another WRRPoetry member after the award that is so pinching you was announced:


Kukogho Iruesiri Samson, Boss! Your award was inevitable. Congrats. O ku orire. Orire naa, a ba e kale. Amin. I only wish I could work as hard as you. Well I go try sha.
~ Kunle Omope

Today is not a day of droppings...I will only hope you are healed of your paraplegia of the mind.