WHAT CAN WORDS DO?: a review by Judd-Leonard Okafor 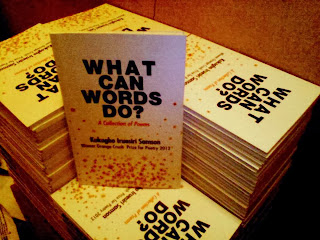 Imagine a bag of lettered tiles in your hands, along with freedom to form any number of words you wish—no rules, no restrictions.

With Samson Kukogho, the world is at your beck and call. “Words can do everything, from the beginning of the world,” he says.

“Everything we do—discussion, contract, marriage, transactions. When you marry, you ask ‘will you marry me?’ When you sentence someone or testify against someone, it is with words.”

His first book What Can Words do? launched last week in Abuja, follows strongly on the power of words.

The title is a “veiled announcement” of Kukogho’s commitment to his poetry, wrote Prof Gbenga Ibileye of Federal University, Lokoja’s department of English, in his review of the book.

He also called it a “conviction that words in poetry can indeed do much to engender change and project the inner cravings of the poet.” 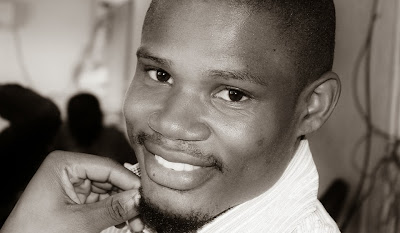 Kukogho didn’t give deep thought to cravings along those line when the letter tiles of the scrabble that is his book began to fall into place.

“I never thought about it until I had the collection and thought what to title it. These words should do something, and I thought, what can words do?” says the poet.


“The reader should be able to answer to that while reading the book—and that’s how the title came about.”

Reading the 61 poems in the 84-page book leaves room for answering and asking as well.

Take the piece Where is the Breath of Fresh Air?, made classic for its “biting and scarring sarcasm,” according to Ibileye.

A hundred and sixty million noses sniffing the air
Searching for the fragrance that is not there
They go sniff; father, mother and the brood
For they said our Shepherd had Luck, he was Good.

Says Prof. Ibileye: “The allusion to the deceptive promises of the campaign of a ‘breath of fresh air’ is clear and unambiguous, especially weighed against the background of the poet’s masterful stylistic and aesthetic management.”

Like most poems in the book, it is suffused with fitting imagery—to highlight lofty expectations of people from their leaders. But it also shows “the mightier those expectations, the mightier they have been dashed,” says Ibileye. 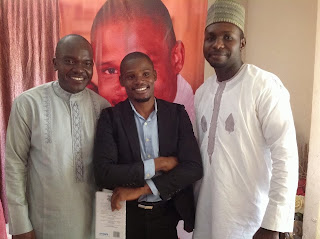 Kukogho has an in the ongoings of politics away from the corridors of power. his work won the Orange Crush for Poetry prize last year, a contest to mark Nigeria’s 52nd Independence anniversary.

This time, he turns his book to reflect themes and they can be almost anything, but “all are aspects of life, politics, religion, love, life, marriage,” says the poet.

And don’t even get him started on women. Lately he’s turned to social media to harvest the power of the bytes—using a couple of blogs, Facebook accounts and Twitter to whip up massive following in the thousands.

The first invite event posted when the first-look cover of his book came from his publisher Origami, an imprint of Parresia, garnered a buzz of byte activity on the internet. More than a thousand responded to the invite, choosing to go and hundreds more maybes.

University projects first got him involved in women’s issues—from violence to domination and any sort of injustice against womenfolk. 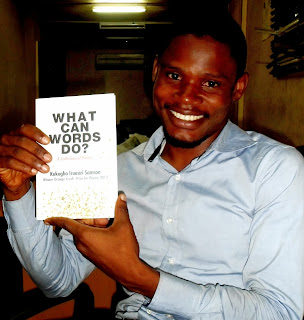 Says he: “My own family issues growing had something to do with. My parents are not together. Growing up, I saw a whole lot of things happening in my own family and outside, and I thought women needed a voice, and somebody needed to speak up for women.”

Forget about reading Kukogho without feeling a thing: his poems are far from comfortable.

At the height of the #childnotbride campaign on social media, Kukogho posted rather thought-provoking poetry pieces that forced mouseclicks everywhere from Abia to Alabama.

It is still debatable whether Kukogho sees life as a picture or a jumble of words. What isn't debatable is that whatever he sees turns to poetry.

“Sometimes, I feel the urge to write something. Or I read the news and feel I have to make my own opinion. My opinion usually comes in form of poems—and that’s how it comes. Instead of discussing, I want to just write a poem about it.”

The poet has been craving for a long time, penning lines in random and rather unconventional places and in geeky situations—and nothing can stop the urge when it comes on.

Not all writings need triggers but sharing things that just can’t wait is a pressure. It could be “any time of the day, on my phone, in my jotter,” he says. “Even in school. I used to write in my lecture notes, while lecture was going on. In my bible in church, but religious poetry.”

He’s also done geeky things as write on tissue paper while in a toilet.

“Seriously, I once wrote on my palm, just for me to get where I can write it down. If the verses don’t get written, you might lose them.” 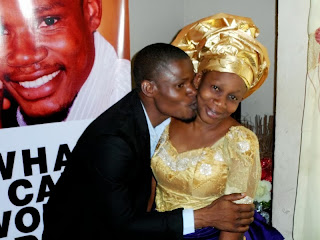 Literary greats as Yates and Shakespeare before him have toed the line and continued to be his silent inspiration, but that’s where Kukogho veers off sharply.

“If you talk about my life, it is my mum. She inspires me to do so many things and poetry happens to be one of them.”

And poetry, because it is easier to collect than to have a full novel, he admits. But mostly because in poetry, he can do his research, drop the flower of prose for poetry, sharpen each word to the point where it cuts to the quick and deliver with precision.