I AM ONE OF NIGERIA'S PROBLEMS (and so are you). 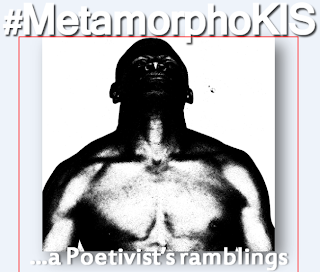 
All point fingers
And spit sour blames...
Our problems will linger
Until we end blame games


Like many of you, I have often complained about the leadership of Nigeria, blaming one person or the other... Perhaps it may  be justified. After all, we have not help any position of authority, never looted not subverted policies.

But I say today: Shame on me! Shame on you!Shame on all of us nagging, jobless niggers, bitching bitches, and the many more like us yet to come!

See, there was an election in the early 90s (I really can say the year...not MKO sha), I was a young chap, still chasing masquerades on the streets of the great city of my birth, Ile-Ife.

Somehow, something went awry during the polls and my neighbor's son paid the ultimate price...he was shot dead. This dude was the most amiable fellow you'd ever meet (he had Downs Syndrome).

Then, getting shot dead (or even dying at all) was a big deal, not like now that we bomb and slaughter and shoot hundreds to death and no one cares.

Well seeing the lad dead. bleeding, I vowed never to be caught on a voting queue. I am ashamed to tell you this...I have NEVER voted in my life, because of that incident.

Now, shame on me and others like me who have failed to be part of the SELECTION process during ELECTIONS and yet make noise about the person who is there.

Whether he is shoe-less or clueless; gives a damn or not, travels to Brazil while bombs are cracking in a celebration of death, Iborilizes our state funds, we have no right to complain if we were not part of the process that COULD have brought change. (This is not about GEJ).

If all the people suffering from political apathy would get the self-cure and decide to be part of the next polls, I'm sure thing will change. We can start from LGA to guber polls, parliament and then aim for the Aso seat.

Apart from elections, how many people have tried to look beyond the obvious failure of government to the opportunities to do something, create something that will help in one little way or the other? Do something, start something.

Remember the words of John F. Kennedy...do something for your country!

Yes we can, and if we wont, SHAME ON US!!!
#MetamorphoKIS anger article life love me nigeria Occupy Nigeria politics Polls rhymes society time